Accessibility: Manaslu vs Round Annapurna Trail

Costs of Services and Permits

The Manaslu region falls under a restricted area and a special permit is needed for this stunning trek on top of the conservation area permit. This Manalsu Restricted Area Permit or RAP is a bit more expensive as the income is used to further develop and protect this incredible trekking region of Nepal. As the Manaslu Circuit trek ends in the Annapurna region an ACAP permit is also required. For the Annapurna Circuit trek you also need a Trekker’s Information Management System Card or in short TIMS card. But as the Manaslu Circuit trek already has a RAP for its restricted area, you do not require a separate TIMS card.

Here below you can find a simple table explaining the costs of the permits required. Do note that this cost can change in the future, but it’s good to have an estimate. Also, all the trekking and travel agencies include these costs in their trekking packages. You don’t need to worry about any additional costs if you decide to either trek the Manaslu or Annapurna Circuit.

Names of mountains on trails: Manaslu vs Annapurna Circuit Trek

Trekking in the Himalayas is it for discovering and exploring around stunning mountains, and being home to at least 8 of the highest mountains in the world many mountaineers and trekkers gather in the Nepalese Himalayas to check out these giants up close! Naturally trekking in the Manaslu Circuit is going to give you completely different mountains than trekking the Annapurna Circuit. With both treks offering absolutely stunning mountains to witness the names of mountains on trails are not similar. Dividing the Annapurna and Manalsu region between West and East, during the Annapurna Circuit trek more mountains can be witnessed.

For the Annapurna circuit trek, you can see about 43 mountains even in short 14 days of trekking in Nepal. These stunning mountains belong to 3 different mountain ranges in de Nepalese Himalayas, the Annapurna, Dhaulagiri and Manaslu ranges.

Our 10 most favorite mountains of the Annapurna Circuit trek are:

Our 10 most favorite mountains of the Manaslu Circuit trek are:

Differences between the cultural, traditional and religious factors:

When you compare the differences between the cultural, traditional and religious factors of the Manaslu Circuit trek VS the Annapurna Circuit trek in Nepal, you can see a lot of changes in lifestyles and habits. Both regions have their unique religions and practice different traditions.

Annapurna circuit trekking region is more developed. Villages here are more influenced by tourism and offers modern experience than traditional of Manaslu region. During the Annapurna Circuit trek, most of the locals belong to the Gurung ethnical group and practice an ancient tradition of Bon Buddhism, this adaption between Tibetan Buddhism and the Himalayan people brings its own unique culture. When you trek the Annapurna Circuit it is even possible to visit during festival times, which can increases your cultural experience incredibly! In March the Tije Festival in Lo Manthang is once a year, and absolutely amazing to witness or partake in.

As the Manaslu region is more newly opened and less visited than the Annapurna region in Nepal, the local communities are also more authentic. Traditions run deep in the villages and while less visited their hospitality is well known in the Himalayas! Attached to the Manaslu Circuit is a newly discover valley called Tsum and this area can also be explored in an additional trek during the Manaslu Circuit trek in Nepal. One of the main differences between the people of Mustang and Annapurna are also their beliefs and traditions. People from the northern Annapurna’s are more accustomed to tourism and make sure you get to enjoy and experience in their lifestyles.

Differences and features of the trekking trails

What are the differences and features of the trekking trails in either the Manaslu Circuit or the Annapurna Circuit treks? With both treks offering exciting and adventurous trails and paths there are some notable differences.

For instance, the Annapurna Circuit has recently been developed with road construction. Making those original trekking trails obsolete and most routes follow a man-made road from the village to village. While on the other hand, the Manaslu Circuit gives more of an authentic trekking feeling. With more ups and downs on rougher trails, untouched nature, and unexplored culture.

During the Annapurna Circuit trek in Nepal, more incredible views can be seen of the Nepalese Himalayas. However, due to the development, some sceneries might be obstructed due to construction works. But not to worry, the overall trekking trails of the Annapurna Circuit are easy to handle and with roads available. It is even possible to hire a jeep to bring you from one destination to another. The trails during the Annapurna Circuit also differ from start to endpoint. While heading towards Manang and Tilichio Lake you get a snowier and higher altitude feeling than when you descend down the Thorang La Pass and enter the apple orchards of Kagbeni and Jomsom.

Which circuit trek suits best for what type of person you are?

With two amazing treks to choose from some wonder which circuit trek suits best for what type of person you are then. In short, if you like more peaceful and authentic trekking trails the Manalsu Circuit is it for you. However, if you are looking for more Himalayan views, visit more places like Tilichio Lake and you don’t mind meeting more other trekkers on the trail, the Annapurna Circuit Trek can recommend. Both circuit treks cross a high altitude mountain pass, for the Annapurna Circuit it will be the Thorang La Pass and for the Manaslu Circuit trek, it will be the Larke La Pass.

If you are more of an adventurous trekker and want to interact more with the locals and their culture the Manaslu Circuit will be best for you. Another thing to be considered is the trekking times and days. The Annapurna Circuit trek has more trekking days. So for those trekkers with less travel time, it would be better to choose the Manalsu Circuit. 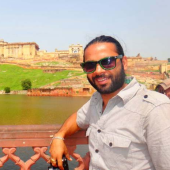 Namaste🙏🏽 This is Apar Datta, founder of Trekking Trail Nepal. I consider myself a passionate adventurer, Himalayan trekking leader and informing writer specializing in Trekking, Trail, and Nepal. Writing about my 17 years of experience as a porter, guide, leader, and founder takes as an integral part of the Trekking in Nepal Community. As a part of our daily life in developing countries, walking is the only means of transportation. I follow this path when I knew that it is called trekking and comes as holidays with the beautiful Himalayas.

As you all know Nepal is one of the most beautiful countries in the world. However, its natural, cultural, and people and historical wonders are still hidden from the world, except the Highest Mountains of Nepal Mt. Everest. Not only Nepal is cheap for holidays, but It also offers a complete deal that contains verities of aspects like, untouched nature, rich bio-diversity, welcoming people with adventurous trails.

In the pursuit of my interests in travel adventure, trekking, trail, and tourism. I earned my Masters’ Degree in Global Marketing from Tribhuvan University in 2014. However, I join the trekking business as Trekking Porter in 2003.

The job of porter, guide, and leader allows me to travel all over Nepal. Above all, it helps me to experience Nepal’s diverse aspects and vivid blend. In the meantime, I get a chance to fulfill my dream of hiking in different countries. Mt. Kinabalu of Malayasia, Chomolohari Base Camp with Tiger’s Nest of Bhutan, On the Water’s Edge aka Khao Lom Muak; Thailand. Similarly, Frozen River trekking in India, Mount Rinjani Trek; Lombok Indonesia, Pu Luong Nature Reserve aka Thanh Hoa; Vietnam and many others. I plan to visit and explore the Kilimanjaro Trekking, K2 Base Camp Trek, Inca Trail, Milford Track, and more shortly. Experiencing I get from different treks in different countries officially or privately expands my knowledge about adventure travel.

My travel writing and stories come with real experience with depth detail with ground information, tips, and ideas mostly about Himalayas, Trekking, Trail, and Nepal. I hope to share my travel and Nepal Trekking experiences which you find authentic and genuine and to share my ideas wholeheartedly and with relish.

10 Best Places To Add In Your Travel List Of Nepal

Connecting With The Everest Base Camp