Best Movies That Inspire You To Travel The World

In this time of global crisis and pandemic, we are eager to travel but are lacking the safe travel routes that can ensure our safety against the Corona Virus. This is originally the best time for the tourists for holidays and travel. But due to the pandemic, there is not much going on this year. Our journey and travel works have stopped for a long time. In this time here are the 10 best movies that inspire you to travel around the world.

We can’t even walk for work. But, we have the energy and excitement for traveling. So, this is the time for us to watch the shows that takes us to many places around the world. It is fun to watch the documentaries. The documentaries are based on facts and information. There are many such shows on streaming platforms such as Netflix, Hulu, or Amazon. Here are the recommendations of movies and shows that take you to the tour of the world.

1. The Secret Life Of Walter Mitty

To the right person, this movie is life-changing, life-affirming, and truly beautiful. The movie features some of the most amazing travel destinations all over the world. The plot reveals two colleagues, who are about to lose their jobs, embark on an extraordinary journey. Furthermore, they travel the best places, making us able to face hardships in life.

The movie is so good that it inspired many people to travel and discover new places. You must watch this extraordinary movie before anything else.

The Motorcycle Diaries is a Spanish film released in 2004. It revolves around the written memoir of the 23-year-old boy Ernesto Guevara or later known as the revolutionary Che Guevara. Moreover, this Spanish-language film takes you on a journey through South American countries and several famous places in South America including Machu Pichhu, Nahulhafi Lake, Atacama, Patagonia, Venezuela, Caracas, Venezuela, Argentina, and Miramar. It presents us with both the genuine and captivating picture of Latin America. Hence, It is a good movie for travel-loving people. The Motorcycle Diaries is one of the best movies that inspire you to travel the world.

The bucket list is an American movie released in 2007 starring Morgan Freeman. The story line presents two elderly people who have terminal lung cancer and wants to enjoy the world before dying. In short, they go sky diving, fly over the North Pole skies, they go to have dinner at the famous La Sever Duma in France ,walk around the Taj Mahal, ride a motorcycle on the Great Wall. Furthermore, they go on a jungle safari in Tanzania and even come to Nepal for Everest Base Camp Trekking.

In conclusion, this movie presents the world popular and magnificent hotels of France, the safaris of Africa, the Giza Pyramids of Egypt, the Great Wall of China, Everest Trekking, the North Pole. Watching this movie, we get a feeling that this life does change. So, you have to do what you can while you are alive. The Bucket List is one of the best movies that inspire you to travel the world.

A Beautiful Planet is a 2016 American documentary that explores earth showing the IMAX footage that was recorded over fifteen months by astronauts at the space station. Also, it is presented by Jennifer Lawrence. The images captured by the high-capacity cameras are alluring. The film from about 408 km from the Earth’s surface truly amazes you. Furthermore, it presents the real footage of the cyclones, the jungles of Amazon, the border of India and Pakistan, snow White Mountains and so on.

To sum up, the most important thing is that after watching this documentary you will start loving the planet Earth. Hence, A beautiful Planet is one of the best movies that inspire you to travel the world and protect it.

The beach is an American movie based on the popular novel by the same name by Alex Garland. It was released in 2000 featuring Leonardo DiCaprio. In fact, this movie was filmed in the famous Kabri’s Fifi Leh’s Maya Bema. The storyline shows a young boy in search of a hidden Island after he receives a secret map. In addition, it presents many adventure sports on the popular Maya Bay. After watching this movie you will want to visit The Maya Bay.

Meanwhile, it is said that after this film, the tourist’s traffic increased exponentially. So, the Thai Government has closed the beach since 2018. Tourists from all around the globe are waiting for it to reopen in 2021.

The Seven Years in Tibet is based on the biography of Austrian mountaineer Henry Harer released in 1997, starring Brad Pitt. The plot features Heinrich Harrer (Brad Pitt), who becomes friend with Dalai Lama at the time of World War II and the liberation of Tibet by the Chinese Army. For the most part, several scenes of Assam, Tibet and China are beautiful and alluring.

To sum up, Seven Years in Tibet presents you a spiritual making and friendship of a teacher and disciple.

The track is an Australian movie released in 2014. The plot depicts a young woman going on a 17000 miles trek on the Australian desert with four camels and a dog. This movie shows the beauty and hardships of desert life.

In conclusion, this movie encourages us to face the obstacles and drift on the hard journey ahead. Small failures shouldn’t make us stop on our life. Hence, Tracks is one of the best movies that inspire you to travel the world.

The Darjeeling limited is a fun and inspiring movie shot across India. The plot revolves around three brothers, who plan to travel across India through train after the tragic death of their father. Furthermore, they want to reconnect themselves as they used to in their past.

To sum up, the scenes along the Railway Lines of India is truly amazing and you will want to travel there.

9. The Art of Travel

The art of travel is an American movie released in 2008. The plot reveals a young man embarking on a record-breaking journey to cross the Darien Gap along with the friends met on the way. “Do not go where the path might lead, go instead where there is no path and leave a trail”-Ralph Waldo Emerson. This movie will definitely inspire you to take a hard path in life.

Amelie is a really inspiring movie for those who want to discover their own life. The plot reveals Amélie as an innocent and naive girl in Paris with her sense of justice. Afterward, in her quest to helping the people in need, she discovers her true self and her love. This movie not only inspire you to live better, but it also shows the beauty of the most inspiring locations in Paris. In short Amelie is another Movies That Inspire You To Travel The World

Check Trekking Trail Nepal’s 10 Best Adventure Movies for Coronavirus Lockdown. These add some adventure and thrill to Movies That Inspire You To Travel The World. 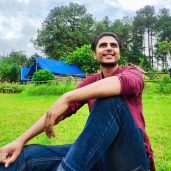